Opera in one act

As I Crossed a Bridge of Dreams > is a sound theater which served as a base. 9 years later, Lady Sarashina was created from it so that il could be performed on stage.

One thousand years ago a woman in japan wrote a book, which survived the centuries and it is now one of the early Japanese classics.

The book is usually known as Sarashina Nikki. Lady Sarashina herself never gave the book any such title. Like most literary works of the period, it was named by subsequent copyist. Sarashina is a mountainous district in central Japan, it is not mentioned a single time in the book, but there is an indirect allusion to the place in one of the author’s last poems. Nikki is usually translated “diary”. But this book will show that it is no daily record of events but a book in which the material has been deliberately selected and shaped to reveal certain significant aspects of a woman’s life.

In the eleventh century there was a time of high civilization where Japanese women held an essential role in social, economic and cultural life. She is the author of a classic piece in Japanese literature, The Journal of Sarashina. The author belonged to the extraordinary group of literary women, they were educated and their social position was favourable. In their notes and letters and recollections they describe each nuance of feeling, each intimate hope, each secret disappointment.

Lady Sarashina, who never have recognized this name herself. Sarashina is the title that was given to her little book. She, like most other famous women writers of the time, belonged to the Heian middle class. Her father ended his career as Assistant Governor of Hitachi, her husband was finally appointed Governor of Shinano and her son  became Provisional Governor of Chikugo. The members of  the middle class made vital contributions to Heian culture. We are told nothing about Sarashina´s education, but from her book we know that she must have studied poetry. Her unhappiness was not the stylish melancholy affected by many of her courtly contemporaries, but sprang from some deep well in her own timid, hypersensitive nature.

At the age of thirty-one she left to become a lady-in-waiting to one of the Imperial Princesses. From the outset it was obvious that she had started far too late to make a success at Court, and she was never called to serve in the Imperial Palace itself.  She continued as a lady-in-waiting at the Princess´s Court for about five years. When she was thirty-four she developed a romantic infatuation for an elegant young courtier, whom she met on a dark, rainy night. The relationship remained insubstantial and it petered out within a year.

She was eventually married at about thirty-six, which for a woman was almost old age. Her husband was a typical member of the middle class. During the years following her marriage Lady Sarashina´s main interest in life appears to have been pilgrimages. Her book is one of the first extant examples of the typically japanese genre of travel writing, with anecdotes, reflections and lyrical poems. Her interest in this world was limited to what impinged directly on her own emotional and aesthetic concerns.
When Lady Sarashina was forty-nine, her husband received a new appointment, and after the usual elaborate preparations set out for the East. After only half a year he returned, presumably because of illness, and some months later she “lost him like a dream”. Perhaps, like so many women, she preferred the idea of a husband to the concrete husband himself. Marriage seems to have come too late in her life, psychologically and perhaps psysically too. Her repeated journeys to the countryside were a search for the solace she could find neither at home nor in the Palace.

Lady Sarashina was naive, timorous, introspective, solitary. Thought kind and affectionate by nature, she had difficulty in asserting her amotions, and until the end one senses something ineffectual and irresolute about her, not only in personal relations but in her entire approach to the outside world. She protected herself by a barrier of fantasy, the final escape was in the world of dreams. Dreams are important in Buddhist imagery as a metaphor for the illusory nature of human experience.
Lady Sarashina´s book is the earliest in which dreams are central. Lady Sarashina evidently attached great importance to these dreams and remembered some of them in detail years after they took place. towards the end of her life, she recognized the prophetic nature of the earlier dreams and blamed much of her unhappiness on having failed to do as she was told.

We know nothing about her end, maybe her final months were spent alone in the safety of some peaceful hillside temple.

In the opera, Lady Sarashina narrates her life. In her diary, she writes about her love of Japanese nature and landscapes, describes the sites she visits, the pilgrimages, dreams and monologues about life and death.  All the other roles are portrayed by three other singers, the Vocal Trio.

The mysterious vagueness of dreams are conveyed by the transcendent, expressive tones of solo instruments and singers. Dominated by whispers, whooshing sounds and blurred voices, the nine tableaux of this “talking opera”  introduce us to an intimate world. 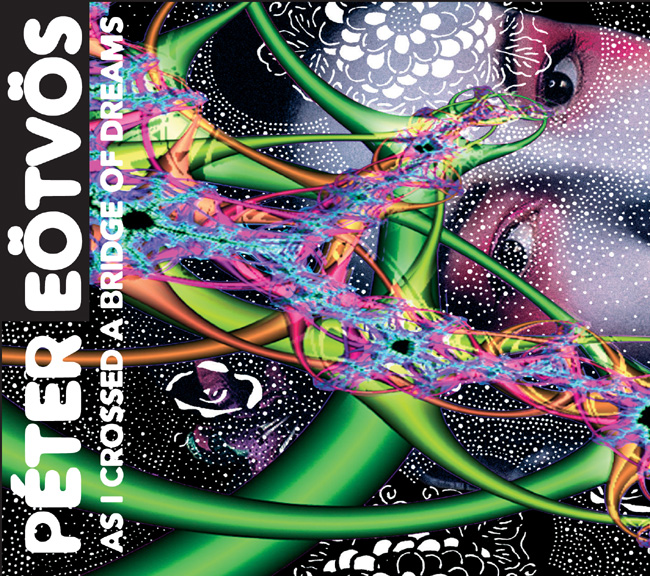