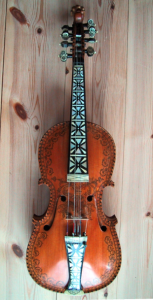 “Two bundles and a fiddle case.
A ballad about non-existent belonging.
A melancholy story full of things not said, of melancholy and surrealism.
The story is simple, almost biblical. Here, too, there are causes and consequences.
And the question remains – is the cause of the sin well-grounded, can sin be justified.
And also, whether the consequence, the judgement, is fair.

The “sleepless” of the title refers to the sleeplessness of the main protagonist brought about by his persistent
spiritual trauma. In the luminous love story, the young couple, Alida and Asle, are expecting their baby, but
they can’t marry because they are underage. They have been together since they were children and are trying
to survive without support or help, but before Alida is about to give birth, they are beset by a series of
misfortunes. The owner of the boathouse chases their way, Alida’s mother and the old woman in town won’t
take them in, and they must spend the cold, rainy night out on the street. But Asle is determined to save Alida
and their child, and driven by animal instinct, he sees no other way out, and strangles all three.
These murders tear at him in like a whirlpool, he feels like a fugitive, a hunted animal, and in order to save
Alida from his plight, at the time of the murders, he tells her to sleep and dream, sheltering her from reality.
After their child is born, the events make the Man in Black living in the town suspect that Asle has committed
the murders. The locals gang up on him, pass sentence, and Asle is thrown in jail and hanged.

Even though, because of the child, she lives her life with another man, Alida’s love remains steadfast, and she
yearns for Asle. The child grows up and leaves Alida who, in her solitude, loses her grip on reality. Asle’s voice
calls to her from the sea, and following the call, Alida wades deeper and deeper into the waters to be reunited
with Asle, the love of her life.”