Language: japanese and homelanguage
Based on the libretto of István Bálint

Written in 1973, Harakiri is based on the libretto providing by a Hungarian poet: István Bálint. He wrote it when he heard about the harakiri committed by Yukio Mishima on 25 November 1970. He committed the ritual suicide crowning his oeuvre focusing on the unity of life and art after five years of preparation.
István Bálint combines the antecedents of the harakiri with a motif well-known from an Andersen tale: the story of the pea put under the mattresses. The main character getting prepared to die returns the seven mattresses to the key figures of his life. The trivial Hungarian sentences were translated into Japanese.

The second layer of the piece is constituted by the strictly congruent parts of the two Shakuhachis (playable by bassclarinets, too). The composer marks the constantly changing relationship of the two players, which depicts all the basic cases of human communication, by systematically enumerating the German pronouns (INeinander, DURCHeinander, NEBENeinander, AUSeinander – in each other, through each other, next to each other, departing from each other, etc.)

The third layer of the piece has no rational connection to the musical process presented by the wind players and the recital: a lumberjack keeps on cutting wood with imperturbable calmness. The mercilessly repeated strikes of the ax measure the abstract time of the piece while also symbolizing the inevitable nature of the process unfolding on the stage. At the same time the strike of the ax carries a creepy reference to the final moment of the ancient suicide ritual.

Orchestration to shakuhachi
or
2 bassclarinets, 1 wood-cutter or hyoshigi (performer or musician).
The composer prefers the bass clarinet version. 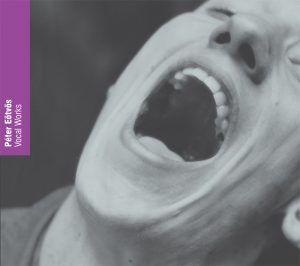 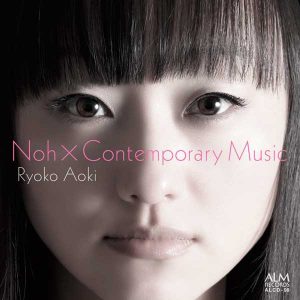 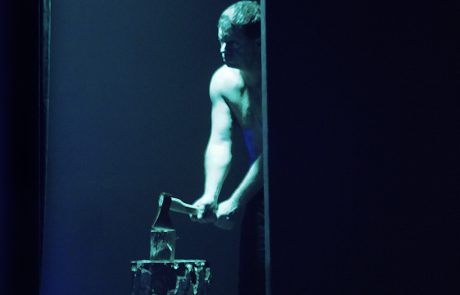 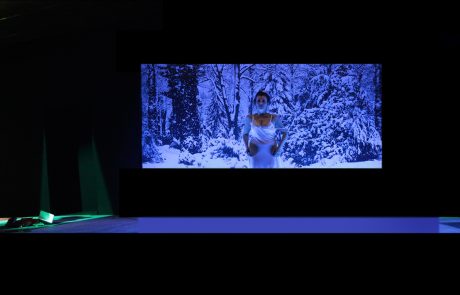 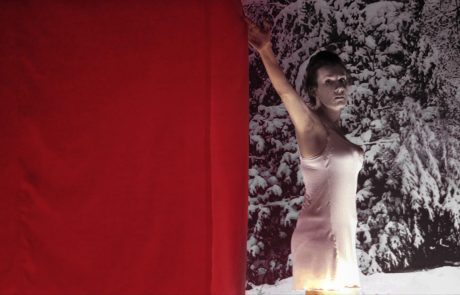 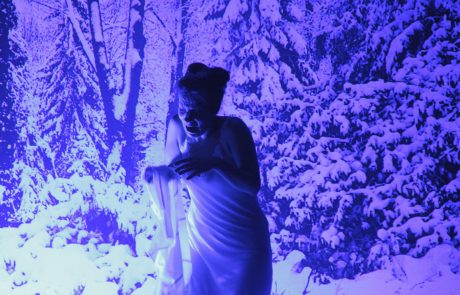