The work was commissioned for the 125th anniversary of Béla Bartók´s birth by five European orchestras: Musica Viva Munich, Suisse Romande, Orchestre Philharmonique de la Radio France, Amsterdam´s Royal Concertgebouw Orchestra, and the Gothenburg Symphony Orchestra. The world premiere of CAP-KO was given by pianist Pierre-Laurent Aimard and Musica Viva in Munich, on January 26, 2006, under the direction of the composer.

This concerto featured only one pianist, with a digital (MIDI) keyboard programmed in such a way that for every note played by the pianist, the computer added two more notes, separated from the original note by intervals specified by the composer. Eötvös commented on the fact that, on the digital keyboard, the coordination of the parallel voices was always 100% precise. Thus, if the pianist played a fast scale, the audience heard three parallel fast scales. The MIDI program increased the pianist’s virtuosity far beyond what ten fingers are capable of achieving.
It was this technological idea that first gave rise to the work that Eötvös then called CAP-KO (Concerto for Acoustic Piano, Keyboard, and Orchestra). The digital piano was the primary soloist, in addition, an acoustic piano was used, in the composer’s words, as part of the orchestra, a kind of “echo chamber”.

CAP-KO, my first piano concerto, was written for special solo instruments. I use two grand pianos which are both played by the soloist: a normal acoustic grand piano which is used as part of the orchestra as an “echo chamber”, and a digital MIDI piano used as a solo instrument which, thanks to its electronic equipment, enables the soloist to add extra notes. The resulting parallel intervals – a reference to Bartók – lead to an unusual kind of tonal virtuosity and tonal complexity.
CAP-KO is conceptually related to Bartók’s music in another way, too, referencing the relationship between the solo instruments and percussion.
CAP-KO has been jointly commissioned by five European orchestras to mark the125th birthday of Béla Bartók (25/03/2006). 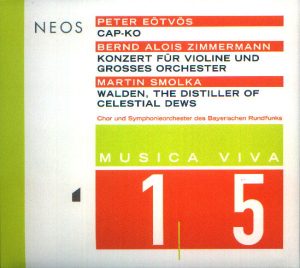 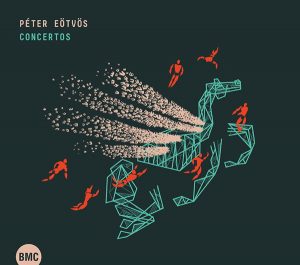